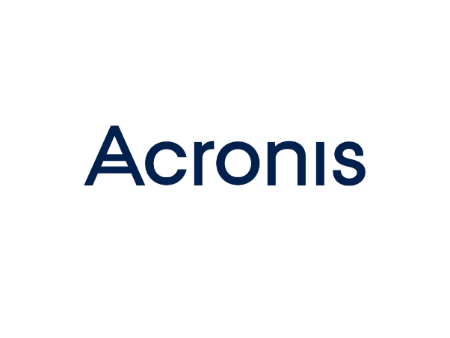 Singapore, 22 January 2020 – Manchester City and Sport Singapore have announced an exciting new football tournament for Singapore – the inaugural Manchester City Singapore Cup 2020 that will take place over the weekend of 13 – 15 March 2020. Under 12s teams from Singapore will take part in the competition, hosted on the iconic floating pitch, The Float @ Marina Bay. The tournament is supported by Club partners Acronis, Nexen Tire, Etihad Airways and PUMA.

The three-day event will also include a football festival with coaching experience for all age groups with City-themed games and entertainment that fans of all ages will enjoy. Visitors will also be able to meet and take photos with City legend Micah Richards.

The winning team will receive a dedicated five-day training program in Singapore, led by City coaches who will use the same methodologies and techniques that the City first team experiences to prepare for each game. Selected players will also be selected to attend City’s ‘Performance Program’ training camp in Manchester during the summer months.

Entries are now open for under 12s team who can register their interest by visiting www.mancity.com/singaporecup2020. Entry is S$60 per team.

Nuria Tarre, chief marketing officer for City Football Group, commented: “We are delighted to launch the inaugural Manchester City Singapore Cup 2020 which will provide aspiring young players in Singapore with the chance to take part in an exciting new event, in a truly iconic setting. Our fanbase in Singapore is growing rapidly and this tournament will provide local supporters and their families with the chance to get closer to the Club than ever before.”

Mr Lim Teck Yin, CEO Sport Singapore, said: “We are excited about Manchester City’s developmental activities in Singapore as it offers our youth opportunities to gain more exposure and play with people of different backgrounds. Football is a sport with mass appeal and alongside other team sports, imbues the values of teamwork and discipline. Most importantly, these young players get to meet new friends and create valuable shared memories. We welcome all to join us in playing or supporting friends and family members.”

Serguei Beloussov, Founder and the CEO of Acronis, said: “Acronis is proud to join forces with champions Manchester City for the inaugural Manchester City Singapore Cup 2020. Acronis was founded in Singapore and we’re proud to support this tournament. It’s an excellent opportunity to raise awareness of the importance of being #CyberFit. Being able to effectively manage your data, applications, and systems is just as important as being physically fit. It is critical for the wellbeing of a smart nation.”

Manchester City has had a permanent presence in Singapore since 2015 when the Club opened an office to manage commercial operations and fan engagement across the country and throughout Asia.

Under manager Pep Guardiola, one of the most highly decorated managers in world football, the Club plays its domestic and UEFA Champions League home fixtures at the Etihad Stadium, a spectacular 55,000 seat arena that City have called home since 2003. Today, the Stadium sits on the wider Etihad Campus, which also encompasses the City Football Academy, a state-of-the-art performance training and youth development facility located in the heart of East Manchester. Featuring a 7,000 capacity Academy Stadium, the City Football Academy is also where Manchester City Women’s Football Club and the Elite Development Squad train on a daily basis and play their competitive home games.

As the national sports agency, Sport Singapore’s core purpose is to inspire the Singapore spirit and transform Singapore through sport. Through innovative, fun and meaningful sporting experiences, our mission is to reach out and serve communities across Singapore with passion and pride. With Vision 2030 – Singapore’s sports master plan, our mandate goes beyond winning medals. Sport Singapore uses sport to create greater sporting opportunities and access, more inclusivity and integration as well as broader development of capabilities. At Sport Singapore, we work with a vast network of public-private-people sector partners for individuals to live better through sport. To find out more, visit our websites www.sportsingapore.gov.sg and www.myactivesg.com. Follow us at www.facebook.com/myActiveSG and www.youtube.com/SingaporeSports.

About Acronis
Acronis leads the world in cyber protection – solving safety, accessibility, privacy, authenticity, and security (SAPAS) challenges with innovative backup, security, disaster recovery, and enterprise file sync and share solutions that run in hybrid cloud environments: on-premises, in the cloud, or at the edge. Enhanced by AI technologies and blockchain-based data authentication, Acronis protects all data, in any environment, including physical, virtual, cloud, mobile workloads and applications.

With 500,000 business customers, and a powerful worldwide community of Acronis API-enabled service providers, resellers and ISV partners, Acronis is trusted by 100% of Fortune 1000 companies and has over 5 million customers. With dual headquarters in Switzerland and Singapore, Acronis is a global organization with offices worldwide and customers and partners in over 150 countries. Learn more at www.acronis.com

Singapore’s Acronis Acquires 5nine to Add Unified Cloud Management and Security Tools to its Solution Portfolio for Managed Service Providers SINGAPORE – 10 December 2019 – Acronis, a global leader in cyber protection, today announces the acquisition of 5nine, a global provider of Microsoft Hyper-V and Azure cloud management and security solutions. As part of the agreement, […]